Catalytic Converter Thefts Soar – How Can You Protect Your Own?

Since 1975, vehicles in the United States have increasingly been fitted with catalytic converters. These are key elements of modern vehicle emissions systems. They are now standard issue components that prevent many of the harmful chemicals created in burning fossil fuels from reaching the air outside the vehicle.

Unfortunately, catalytic converter theft is common – and becoming more so. The issue has become so prevalent that many vehicle owners are investing in a catalytic protector for every car in their driveway.

Why is Catalytic Converter Theft on the Rise?

In recent years, the theft of catalytic converters from the vehicles they are installed in has risen sharply. You might not think that you need catalytic converter protection, but if your vehicle spends any time in a driveway, parking lot, or other open space, it is just as susceptible to this crime as any other.

One issue is catalytic converter replacement cost. Each make and model of vehicle may have a different converter model. As such, buying the specific model that your car needs as a replacement is important. This gets more difficult as your car gets older, especially if it is a less expensive car.

In older vehicles – especially those of lower resale value – there is much less incentive to invest in replacement parts that malfunction. It is not financially wise to spend a lot of money on a hard-to-find part for a specific vehicle make or model when the vehicle itself is no longer worth much on its own. As such, used catalytic converters are often sold as replacement parts for these vehicles.

Why does that contribute to the increasing rate of theft for these parts? Because auto body shops and mechanics will pay a fair amount for these parts, thieves seek them out. Once they have taken a converter from another person’s vehicle, they then sell it as a used part to a local mechanic or shop. They pocket the money from that sale, and the original owner is left without a catalytic converter for their car. 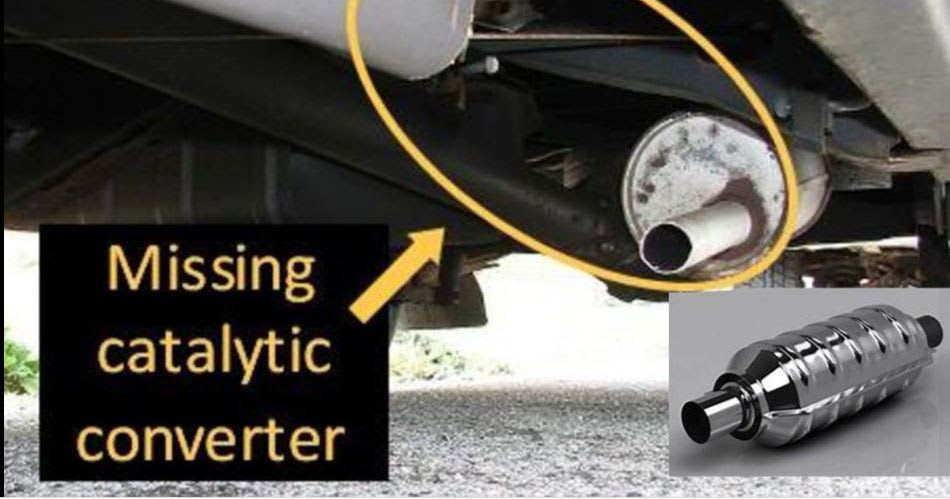 Another reason for the rise in theft of catalytic converters is the metals that they contain. These converters use expensive precious metals to accomplish their conversion task. These include platinum, rhodium, and palladium.

People who realize that these metals are sitting beneath so many vehicles in their own neighborhoods may be tempted to steal the converters to cash in on the metals inside.

The Tools You Need for Catalytic Converter Theft Protection

While pulling your vehicle into a garage or other protected area is one way to keep it safe, it can be very difficult to do this consistently. After all, we all must shop at public stores, eat at restaurants, and otherwise leave our vehicles in open, public spaces occasionally.

Trust Us for Your Catalytic Converter Security System

Don’t be a victim of Catalytic Converter Theft!